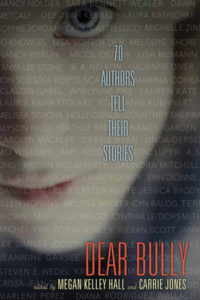 OF BLOOD AND BACON (a free Vamped short story) click here to read.

FRUIT OF THE VEIN in the FANGS FOR THE MAMMARIES anthology, edited by Esther Friesner.
Buy now at barnesandnoble.com, borders.com and indiebound.org

My other works, which have been published under my not-so-secret pseudonym Kit Daniels: