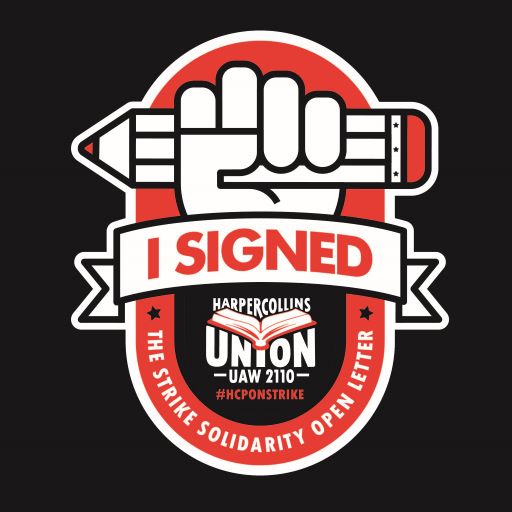 As promised, I’m going to continue my blog and great book recs leading right into the new year, but first I want to talk about the HarperCollins strike. As many of you may know, the HarperCollins Workers Union authorized a strike by an overwhelming 95.1% vote. Per the press release available via their open letter on Linktree (please free to sign in support!), they had been bargaining for eleven months to no avail. Among other things, HarperCollins had instituted lay-offs and hiring freezes that put an undue strain upon their workforce with no indication of what other measures had been considered and despite reporting record-setting profits in the past two years. Also “[t]he mainly women workers average $55,000 annually, with a starting salary of $45,000. Many employees cite pressure to work extra hours without additional compensation.” Which, of course, is what happens when you have fewer people to do the same amount of work, and it’s been happening throughout the industry. As anyone who’s lived in NY will tell you, $45,000 is not a living wage. (For that matter, neither was the $15k-$17k starting salary when I started in publishing almost thirty years ago, but the personnel squeeze wasn’t on then too.) These brave union workers striking for what’s right – and I say brave because they’ve been out there through the cold and the rain, they’ve been out there now for 23 days with no pay checks despite the already high cost of living and the holiday season and the risk that they take – have not heard word one from HarperCollins. They’ve asked that you please do not take this out on their authors or by not buying their books, but that you please make some noise, do what you can to help, including, if you can, donate to the strike fund.

Welcome to WordPress. This is your first post. Edit or delete it, then start blogging!